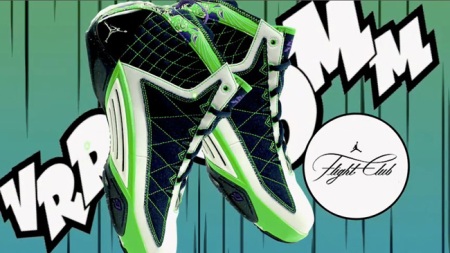 Chris Paul is the nicest guy you’ll ever meet, but put a ball in his hand and all that changes. Chris Paul transforms from a mild-mannered southern gentleman to an assist-firing, point-scoring beast the second he steps on the hardwood. CP’s incredible on-court alter-ego is the inspiration for the mean green Jordan CP3.II.

Only 360 pairs of the CP3.II superhero-edition will be released in the U.S., and they are available exclusively on Flight Club today, April 30th. Via NiceKicks

This entry was posted on Thursday, April 30th, 2009 at 7:32 am and is filed under Jordan, Shoes. You can follow any responses to this entry through the RSS 2.0 feed. You can leave a response, or trackback from your own site.