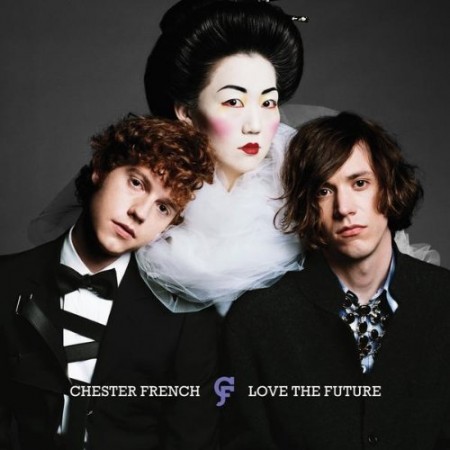 Above is the cover for Chester French’s new album titled Love The Future, which drops this Tuesday. Here are some tag less versions of some cuts off Clinton Sparks & NMC Present Get Familiar w/ Chester French (Mixtape) that dropped last week. I’m real happy about the and that my favorite song off the mixtape, I’m So Tall is one of them. I also included a song from their album and a song they did on Asher Roth’s album. Go get Asleep In The Bread Aisle tomorrow and Love The Future on Tuesday.

This entry was posted on Monday, April 20th, 2009 at 2:06 am and is filed under hip hop, music, What I'm Listening To. You can follow any responses to this entry through the RSS 2.0 feed. You can leave a response, or trackback from your own site.